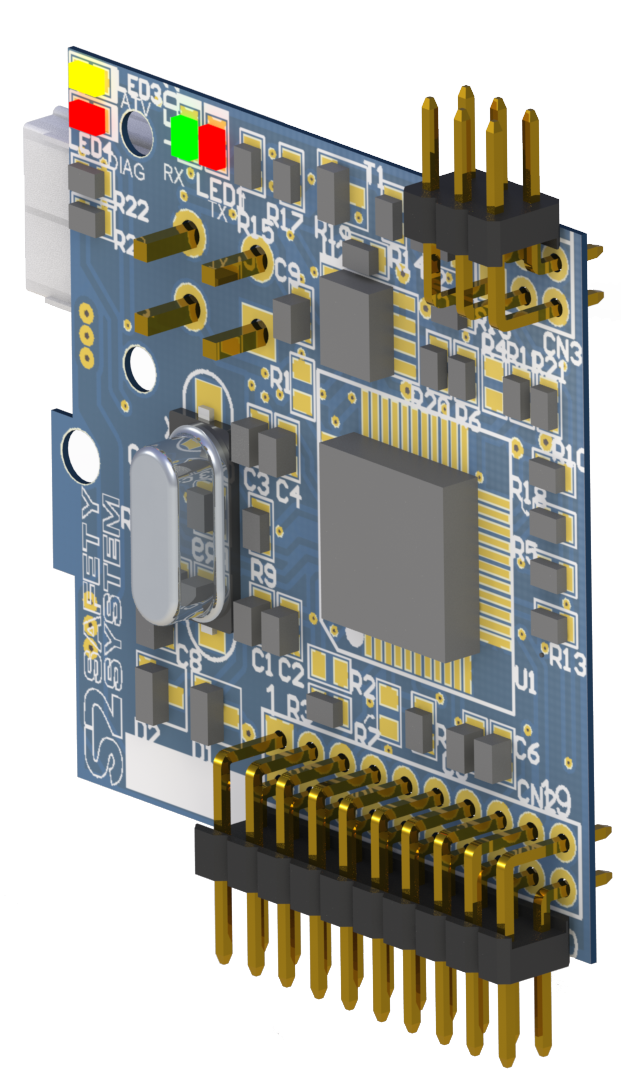 The IBOX board it a complementary device that can accomplish several secure functions to implement secure function to the Supervisor acting independently. The main use is store and process cryptographic keys in order to perform fully secure data encryption procedures. Should be used in fuel measurement systems where the use of encrypted probes is needed.

Another function is control digital outputs for automated closed loop process that needs interactions with tank gauges. Using a dedicated logic inside, it control several operations, like time depend controls, pump shutdowns and sequences valve control operations , and it can fully integrated with ATG variables as level temperature or volume in a real time.

Due to its unique characteristics, the use of internal logic can anticipate and act on Supervisor failure situations, enabling the establishment of specific plans of action in degraded operation. It is designed to support up to four outputs board (called DIGIOUT), each one with the possibility of having eight dry contact outputs for use in non-hazardous locations.

The installation and assembly are extremely simple, having only to be inserted into existing specific connector on the Smart Box.